The Actual Whole of Music 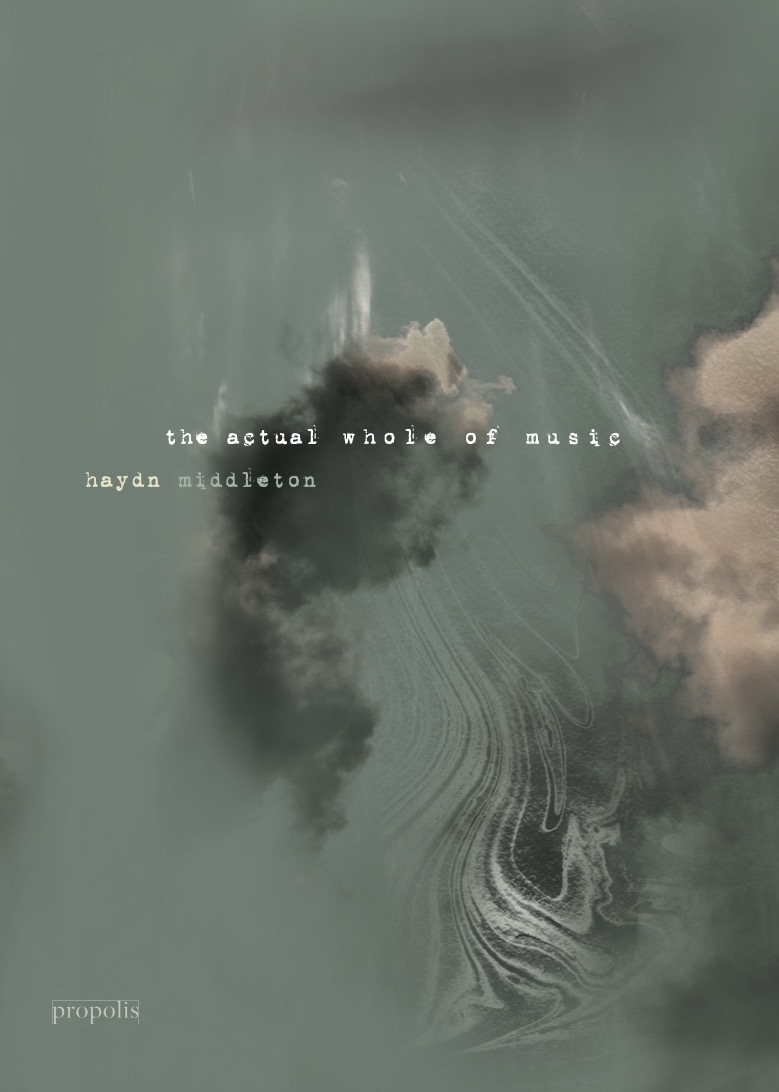 This new novel of yours – The Actual Whole of Music – can you tell us what it’s like? Offbeat and yet familiar – like waking up inside a song you think you’ve always known.

What form does the story take? It’s the memoir of Reger Bede, an enigmatic everyman.

Is this Reger Bede young or old? Both. His story is totally inclusive.

How would you describe the book in a headline sentence? The Collective Unconscious Speaks!

And do you explain what ‘the actual whole of music’ is? I give it a go.

How does the story open? ‘Back in the gramophone era you lowered a needle on to a spinning vinyl disc, and the room came alive with music. You could say this era of our own dawned in much the same way. A needle dropped from nowhere on to an already revolving record, then the darkness thinned a little, we looked around and found ourselves at sea. Just us. A small youthful convoy, faced by a chain of mostly uninhabited islands stretching out to the west.’

That sounds more like a dream than a memoir. Or is that the point? Perhaps at times Bede’s life does follow a dreamlike logic. But he’s a regular flesh-and-blood individual like you or me – so are the people he interacts with – all of them existing four-square in the here and now, or there and then.

And he starts out as part of a convoy? Yes, in a cohort, a peer group, that’s given a virtual free pass through a freshly reconfiguring world. Then he finds himself serving as a kind of touchstone for the community that takes him in, until on resuming his travels he’s equated by children with a figure from their traditional rhymes.

Is that really the path through life of an ‘everyman’? It is and it isn’t. Reger Bede certainly thinks it is, with each of its phases coinciding with a key relationship in his life – so in this officially-requested account he often writes as much about his lovers as about himself. At various points too his path seems preordained, and a reading between the lines might indicate that wherever he fetches up, things change.

So is Reger Bede meant to be speaking for us all? Not so much ‘for’ us as ‘to’ us, and with a different resonance for each listener, should they care to pick it up. As you do with music, really.

You said earlier it’s like waking up inside a song. Any particular song? In my dreams it’d be Strawberry Fields Forever – eerie, angular, tidal.

Quite unsettling, then? If you want it to be, yes.

Not just unsettling, though? Nothing is ever ‘just’ anything, is it? By turns Bede’s memoir could be seen as dramatic, shocking, romantic, inspirational. He himself finally comes to see it as a letter of love, tapping into the sheer entrancement of being human, even in times of great uncertainty.

Like right now? Like whenever. Its opening words were written more than twenty years ago, so it isn’t intentionally ‘topical’. But it took until now to work out how to finish it.

With all due respect,  Mr Middleton, you’re not giving us a great deal to go on here. I promise you I’m not being deliberately evasive. I find the book quite tricky to explain to myself. Might it help if I said this could in some lights be seen as a ‘quantum novel’? I mean, I’m no physicist, but from the layman’s point of view that nature draws the world only by way of interactions? And that time is neither here nor there, unless it’s both?

That doesn’t help overly, no. Then let’s go back to your thing about dreams. I’ve heard it said that dreams and material reality are made from the same stuff – stuff more fundamental than either. On top of that, the great Haruki Murakami said not long ago, about a challenge which was facing him: ‘This was simultaneously a physical and a psychological issue. In other words, the psychological is itself the physical. And I had to create my own sort of corridor connecting the two’.

Your point there being? That my own novel maybe emerged from a similar kind of corridor. At times, from out in this corridor, the whole thing felt a little like peering into a room at a total stranger who could quite possibly have been me. Though the stranger could equally well be you. The philosopher A J Ayer once wrote: ‘There may be experiences which do not belong to anybody; experiences which exist on their own.’ I wouldn’t now want to argue with that.

Me neither. But we seem to keep getting away from, well, music. Music is not a sound, according to Arnold Schoenberg, it’s an idea.

Bit of a magpie with these quotes, aren’t you? Are you perhaps hiding behind them? Why would I do that?

To avoid the autobiographical issue? I’m not sure I catch your drift.

You said the stranger in the room could be you. So are you Reger Bede? In the sense that I’ve never been equated with a figure from traditional rhyme, no. Some elements of my own life do chime with Bede’s, it’s true, but so would some of yours. We’re all in this together – on the ‘path through life’, as you put it – which means we’re all in him.

Then who or what is Reger Bede? I honestly think that’s for you to tell me. Since we have only his word for the cycle of events he chronicles, a lot has to depend on his reliability as a narrator. Is he a divine journeyman, a ‘designated drifter’, the spirit of his age made flesh – or is he delusional, wholly misreading his situation, not so much a catalyst as a casualty? Or is he all of the above?

No easy answers, then? You may find the opposite. But do say how the book plays for you. Meanwhile, thanks for listening!